Tribal Island does not share a Grid with any of the other islands. 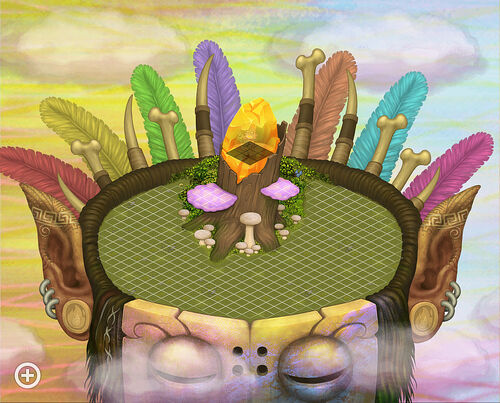 Tribal Island's Grid is notably smaller than that of most other islands, as there are no outer pedestals/platforms that can be used to place any Monsters.

Because of the nature of Tribal Island, its planning is largely subject to the whim of the Tribe's leader(s). Of the five inner pedestals, the top-most one is used by Kayna, who cannot be moved. This leaves four other pedestals at varying sizes and heights, which a leader may suggest to be used by their most active members.

Because of the limited space, a Tribe may place an emphasis on smaller monsters so that they can be more easily spread out.

Retrieved from "https://mysingingmonsters.fandom.com/wiki/Tribal_Island_Grid_Planning?oldid=246763"
Community content is available under CC-BY-SA unless otherwise noted.