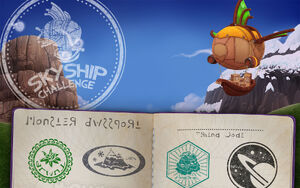 Details on the two different ways 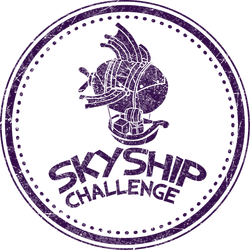 The 1st Task is about making a picture of a monster's facial expression and including an image macro to go with it.

The 2nd Task was about photoshopping an image of monsters playing in the snow and adding a caption to go with it.

The 3rd Task was about creating an image of what the Wondermine looks like inside.

The 5th Task was about imagining the reactions when Thumpies are subject to things that they may hate. The contestant may use his/her imagination of what they would hate but may also use the two existing hates: Velcro and polka music.

The 6th Task was about floating in mid-air like a Flum Ox . The contestant had to create an image of himself/herself with a Flum Ox floating.

The 7th Task was about generating random song names for some karaoke that fictionally the monsters may sing.

The 8th Task was about making a monster with Earth element using only things from nature. They can be monsters that were not present in Dawn of Fire during the Skyship Challenge, such as a Quarrister.

The 9th Task was about imagining another Outer Island . The contestant had to post an image and a detailed description of the imagined Outer Island with its name included.

The 10th Task was about imagining any random place where the monsters could go on vacation. The contestant must include an image of the vacation trip.

The Final Task was about asking for the finished passport, with every stamp and the friend code. No diamonds are rewarded with this task, but this task is the task that is required to complete the Monster Passport rewards, i.e. the grand prizes of MSM merchandise and Amazon Appstore gift cards. In the end, ETHEREALGLOWBE won the big grand prize. Link here.

The second method of winning a prize is to download a Monster Passport from this website and collect every single stamp sent from the My Singing Monsters Facebook page. Every day, a new stamp arrives and can be put into the contestant's Monster Passport. Once all stamps have arrived and are put in the contestant's Monster Passport, he/she can post their finished passport and be in to win the grand prize. For this category of winning a prize, it is winning My Singing Monsters merchandise, Amazon Appstore credit.

Below are the stamps that had been released. There are 10 in total.

Retrieved from "https://mysingingmonsters.fandom.com/wiki/Skyship_Challenge?oldid=146168"
Community content is available under CC-BY-SA unless otherwise noted.