Rare Reedlings are awkward, even when compared with its Common counterpart. Although the two have very similar shapes and sizes, the Rare Reedling has:

The Rare Reedling can be bred using monsters that combine to provide all the elements of Air, Plant and Earth. Possible combinations:

Because Noggin takes much less time to hatch than both Potbelly and Tweedle, and all of the two-element monsters require the same amount of time, the last combination will provide more breeding opportunities in the same time period (on average).

The Rare version of any breeding monster can be used instead of the common version.

Rare Reedling, like all Rare Naturals and Fire Monsters are only available for breeding and buying some of the time during special events. Examples of such events:

Every monster has different things that they like. For every unique object that they like that's placed near the monster, the monster's happiness will increase by 25%. Placing more than one of the same liked item near a monster will still only increase its happiness by 25%. If there's a Unity Tree on the island, items don't need to be near the monsters. Below are the things liked by Rare Reedling:

To see how efficient Rare Reedling is at generating resources compared to other monsters check: 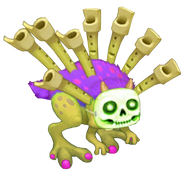 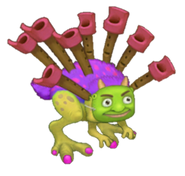 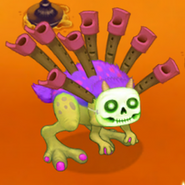