My Singing Monsters Playground is a multiplayer Mario Party style game on the Nintendo Switch, Xbox One, PlayStation 4, PlayStation 5, and Steam (unknown subplatforms). It was released on November 9th 2021.

It is confirmed that the game is single-player and local multiplayer only. The possibility of online multiplayer is still possible but not guaranteed. 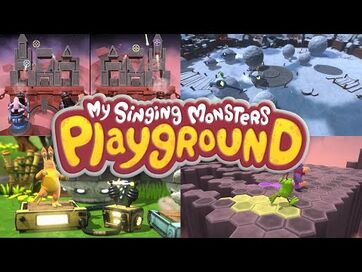 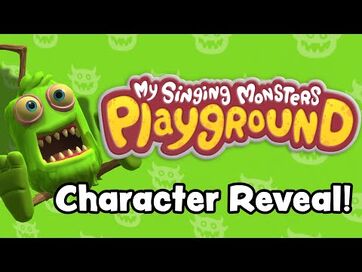 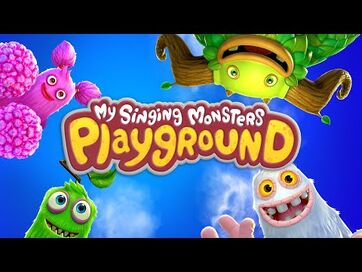 My Singing Monsters Playground has 7 playable characters, with each character having 3 unlockable costumes. Note that the costume names listed here are not the official names, and are fan-made names.

In the game, even though these monsters don't appear, they are shown via other means.

Players move their monster to the tile that matches the element shown on a big screen.

The monsters run around on Starhenge jumping over a hot pipe that eliminates them if they touch it.

A spleef-like minigame where the player controls monsters running across hexagonal tiles that fall after being walked over.

Players chase after each other trying to hold a Glowbe for the longest amount of time.

Players control their monster riding toboggans and going over hills, trying to beat their opponents.

Players press 2 buttons to help their monster run on a machine that powers a rocket.

Players control monsters wielding hammers to whack Dipsters that pop out of the ground.

Players control their monster, running away from FurFace, NoObiE, iziT, and RhooTz and avoiding obstacles.

Players control monsters piloting cannons to fire at a stone structure to knock them over to the other teams side.

Players control their monsters in teams, throwing snowballs at the other team.

A dodgeball mini-game where players throw balls at the other team.

Glowbe in the Dark

3 monsters hold a Glowbe, and another monster has to locate the others to hit them with a hammer.

3 players control their monsters on Starhenge, avoiding boxing gloves controlled by another player.

3 players run around on a sunken ship avoiding ink as another player moves to make it tilt.

▪ Compete against friends and family in games galore set across the Monster World.

▪ Take control of some of your favorite characters from the world of My Singing Monsters.

▪ Team up to take on your competition in 2v2 games or battle it out for solo supremacy in free-for-all matches.

My Singing Monsters Playground was made available digitally on consoles in November 2021. A physical edition was also made available on Nintendo Switch in partnership with Sold Out.

Likely the round ending or the winning any game screen