1 of 56
Add photo
Throughout the years, many types of merchandise have been released, including tops, hoodies, necklaces, and phone cases; most have a selection of colors to choose from. There was also a vinyl version of the soundtrack available for a limited time.

More plushes have been stated to come and as of now we know this will include Noggin, Toe Jammer, Yool, Bowgart, and other monsters as shown in a My Singing Monsters livestream.

The first wave of PlayMonster merchandise is slated to release in fall 2019. "The multi-year agreement covers figures, playsets, games, and accessories". So far, in the Plant Island series of toys, the Mammot, Noggin, Toe Jammer, Maw, Furcorn, and Entbrat have been released. According to MSM Live #45 (57:30), the Drumpler, Fwog, Pummel, Tawkerr, and Potbelly are planned to be released soon. 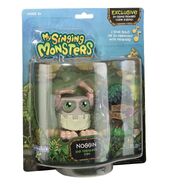 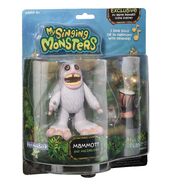 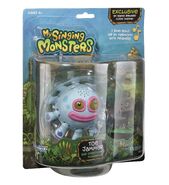 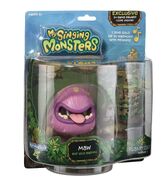 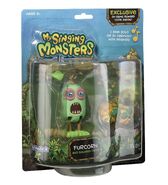 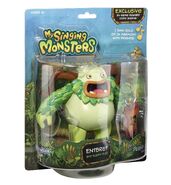 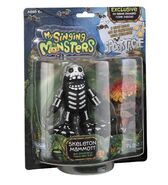 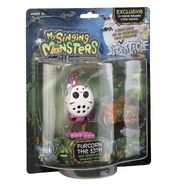 Fanwraps merchandise will include "a line of automotive products, home decor, collectibles, and electronic accessories".

iPhone 5 and later iPhones are supported. Other phone versions are available too. 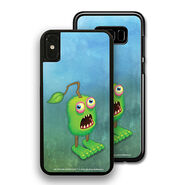 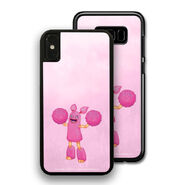 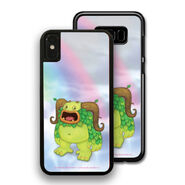 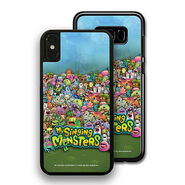 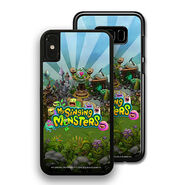 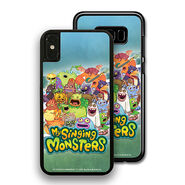 Mammott Window Decal
Add a photo to this gallery

1 of 7
Add photo
There were several plushes made before the licensing agreement between Commonwealth Toys and Big Blue Bubble (and Wind Sun Sky Entertainment). This included 2 plush that made sounds Kayna and Pompom. It also included 2 variations of the Mammott plush.

Retrieved from "https://mysingingmonsters.fandom.com/wiki/Merchandise?oldid=290394"
Community content is available under CC-BY-SA unless otherwise noted.