Epic Toe Jammer is a single-element Epic Monster. It was added on September 19th, 2018 during the 2.2.2 6th Anniversary update. As an Epic Monster, it is only available at select times. When available, it is best obtained by breeding, which the combination varies from island to island. By default, its breeding time is 3 hours long. Although an Epic Monster, Epic Toe Jammer still does not have high coin production. Also note, that unlike their Common and Rare counterparts, Epic Monsters cannot breed.

Epic Toe Jammer is only available for breeding (or buying) during limited time events.

The combination to breed Epic Toe Jammer is different for each island.

Epic Toe Jammer, like all Epic Naturals are only available for breeding and/or buying some of the time during special events. Examples of such events:

Every monster has different things that they like. For every unique object that they like that's placed near the monster, the monster's happiness will increase by 25%. Placing more than one of the same liked item near a monster will still only increase its happiness by 25%. If there's a Unity Tree on the island, items don't need to be near the monsters. Below are the things liked by Epic Toe Jammer: 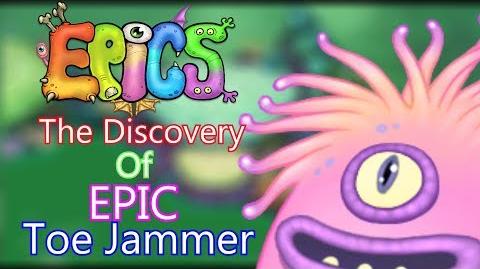 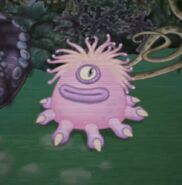 As seen in the reveal trailer