Natural Element Monsters only
No Structures/Decorations

Composer Island is an Island added in the My Singing Monsters 2.0.3 Update on November 17, 2016. What sets it apart from other Islands, however, is that- like the name suggests- the player can create their own Monster song.

Also unlike other islands, all Monsters are automatically unlocked, ignoring the player's level. Also unique to other islands, Composer Island's (As well as the Magical Sanctum's) Colossal also sometimes opens its eyes once in a while.

To edit a Monster's song, the player must first purchase a Monster that they want to compose a song for. All Single Element Monsters cost 2,000

, and all Quadruple Element monsters cost 16,000

. Multiple Monsters of the same species can be placed on Composer Island.

Once the player unlocks Composer Island/returns to it, they will be asked to choose a song. By default, the player starts out with one song. However, you can purchase more; the second song can be bought for 50

The monsters on Composer Island do not give money and cannot be fed.

The Monsters of Composer Island are of the Plant, Cold, Air, Earth, and Water Elements, as well as Glowbes, who are members of the Spectral class. Monsters, with exception of Glowbes, on Composer Island may be biggified as well.

Only the Natural Monsters, in their non-Rare versions, as well as Glowbes are available for purchase on Composer Island.

A song with monsters that aren't allowed can be shown here.

Composer Island has no rocks or trees to clear.

You cannot buy Structures or Decorations on Composer Island.

Monsters you currently cannot purchase are all Ethereal Monsters, All Seasonal Monsters (Both Of Them Exclusive To My Singing Monsters: Composer), Supernatural Monsters (Wubbox and the Wublins), Dipsters, Werdos, All Rare Monsters & Epic Monsters, and Shugabush and the Shugafam, and magical monsters.

The Castle does not play a bass, and cannot be edited to do so.

Composer Island does not require castle upgrades. However, Composer Island has a maximum of 40 Beds. In addition, Monsters now only consume one bed on this island (as in one monster equals one bed). Glowbes take up 0 beds. This means one of every Natural Monster can be placed here, and as many Glowbes as one wishes.

To create a sound, tap on any of the lines present on the musical sheet. On the sheet, there is a staff with seven sections (15, if you include the top and the bottom lines). After tapping on the staff, your Monster's egg should appear where you tapped. You might see a green triangle next to the note you placed. This means you can extend the note and make it sound longer. Some monsters, especially the ones that produce rhythm (e.g. Noggin, Pango, etc.), don’t have this effect. It is important to note that you cannot have two notes in the same column. If you feel like that creating the same notes over and over again is a hassle, click on any staff's number and click the Copy button. If you click on another staff number, you can paste the same notes into that staff. You can also cut notes by clicking the Cut button, left of the Copy button.

By tapping on the number above each bar, you can find options to copy and paste bars. If you have a bar that you need to repeat, rather than adding the notes manually, you can copy the bar, and paste it. If you have several bars, say 4 in 4/4 time signature (the default), that need repeating, switch to a longer Time Signature, such as 8/2 by enabling the Advanced options, and tapping the time signature values (top and bottom). By doing so, the 4 bars become a single bar, which you can then copy, and paste, saving quite a bit of work especially if you're trying to fill out the original 64 bars (by switching to 8/2, there are only 16 bars). Changing the Time Signature in this way doesn't affect how your song sounds, and you can always switch back to 4/4.

Note that selling a Monster does not save its song, but all of the other species songs are saved. In this case, you need to press "Save Track" to save the track; pressing "Save" only saves the song changes.

Different monsters of course make different music. The way they are used can make a different effect in the song. A good idea is to play around with these features of each monster to find the right monster to make your songs sound great. Click on Composer Island Music for more information about each monster's musical information and how they may be suitable for certain types of music. 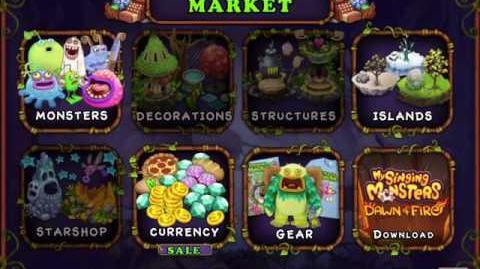 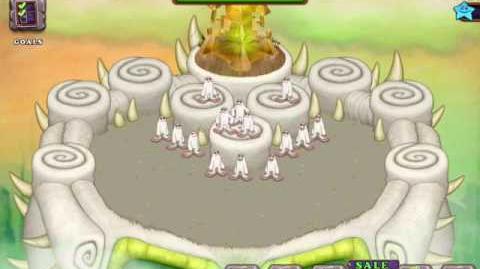 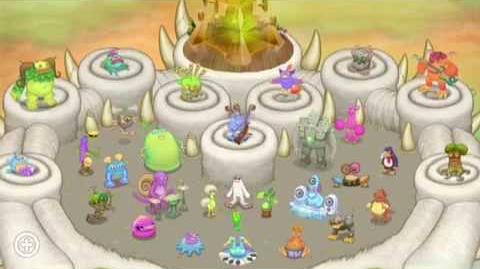 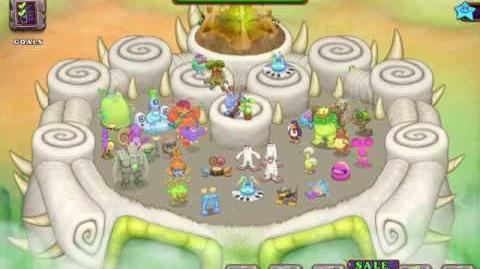 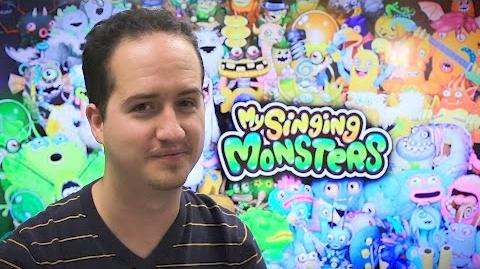 Extended and unextended notes of a Tweedle