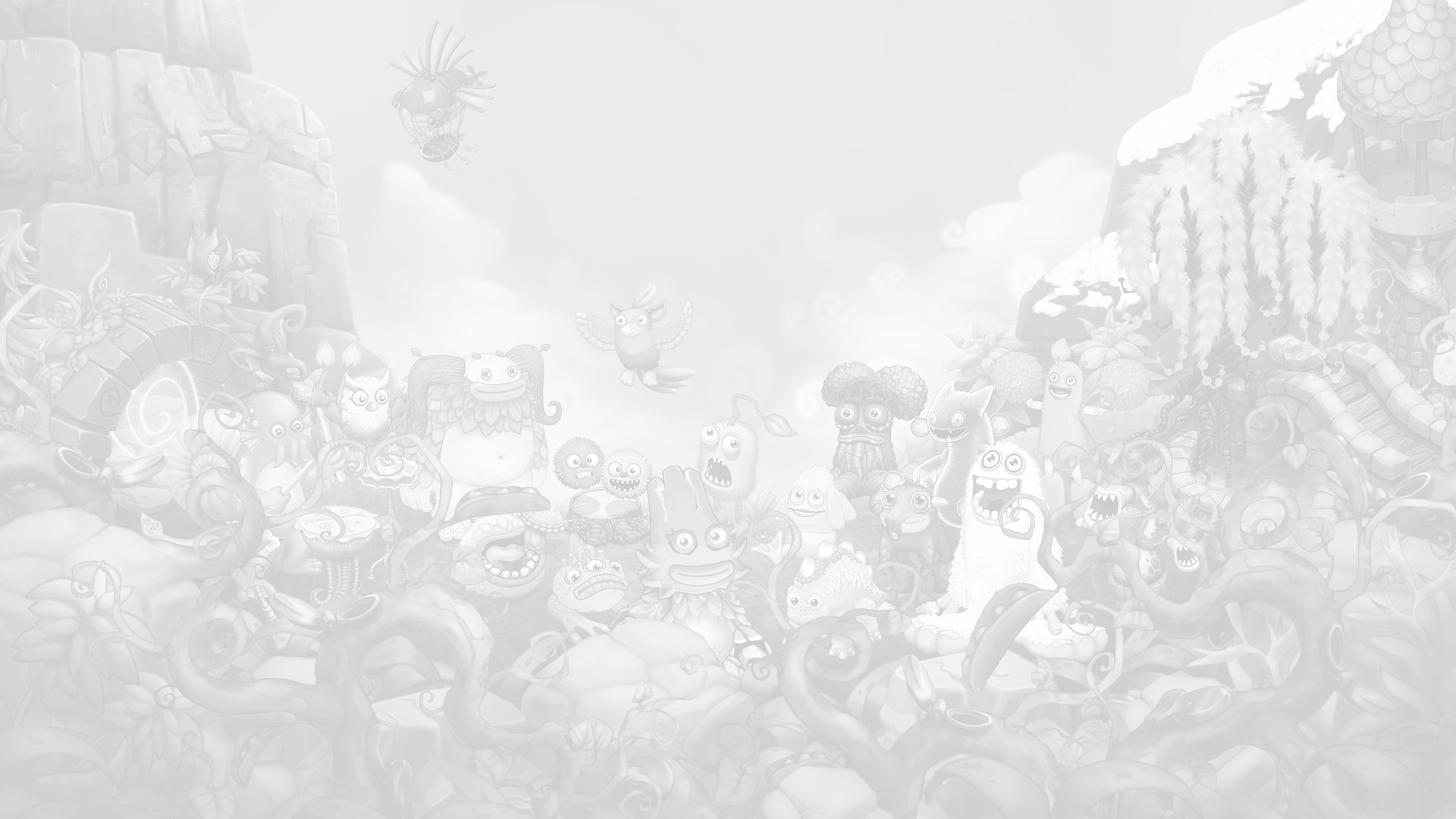 So I’ve been thinking about how there’s two fire quads left to be discovered and I’ve come up with an idea.

It’s name comes from Harp and Stone. It’s an instrumentalist, and plays a deep-sounding harp that sounds similar to Bowgart, but not too much. It looks like a boulder with two big blue eyes and a tiny mouth. It has two circular harps sticking out of it’s sides, one on each side. It also has two orange whiskers that it can move telepathically to play said harps (one whisker per harp). It also has two stone legs, similar to Quarrister, but not quite, as there’s no moss. Harpetone has two toes on each foot. It also has a ring of stone on its head. It’s elements are Cold-Water-Earth-Fire and it would be on Continent, Party Island, and Cave Island. It’s egg looks like a rock with orange whiskers on the front (right side of screen) and a mini circular harp on the back (left side of screen).

It’s name comes from Buzz and Steal. It’s also an Instrumentalist. First, I’ll explain it’s looks. If you know the mini-boss of the tree level in Cuphead, you know, the big red bug, imagine that. Remove it’s arms and wings. It has four yellow and black eyes, and maroon legs and feet (the feet look like a triangle with round points except for the top point). It’s abdomen lights up in the different segments (separates with lines) to produce low synth piano-like sounds (basically, very deep piano). But it’s abdomen can open up to reveal a blue orb inside that lights up to produce a synth sound, either a high-pitched one, or a deep one. When this happens, it can still makes the very deep piano sound, but also it’s eyes will go from yellow with a black pupil/iris/etc. to a white eye with a little pink spiral. It’s elements are Plant-Cold-Earth-Fire. It’d be on Continent and Cave Island. It’s egg is red with bright red that looks slightly white in the middle. The middle is all furry and the left side has two red antennae. The right has lines to reference the abdomen.

FireQuad Element Monsters (Dawn of Fire)
A reply to MSMMario25
0

i thought the wings would be for Epic HumBug... XD

not rare. thats the normal time for 2-elements

...might just be a member of the Shugafam. i think. IDK